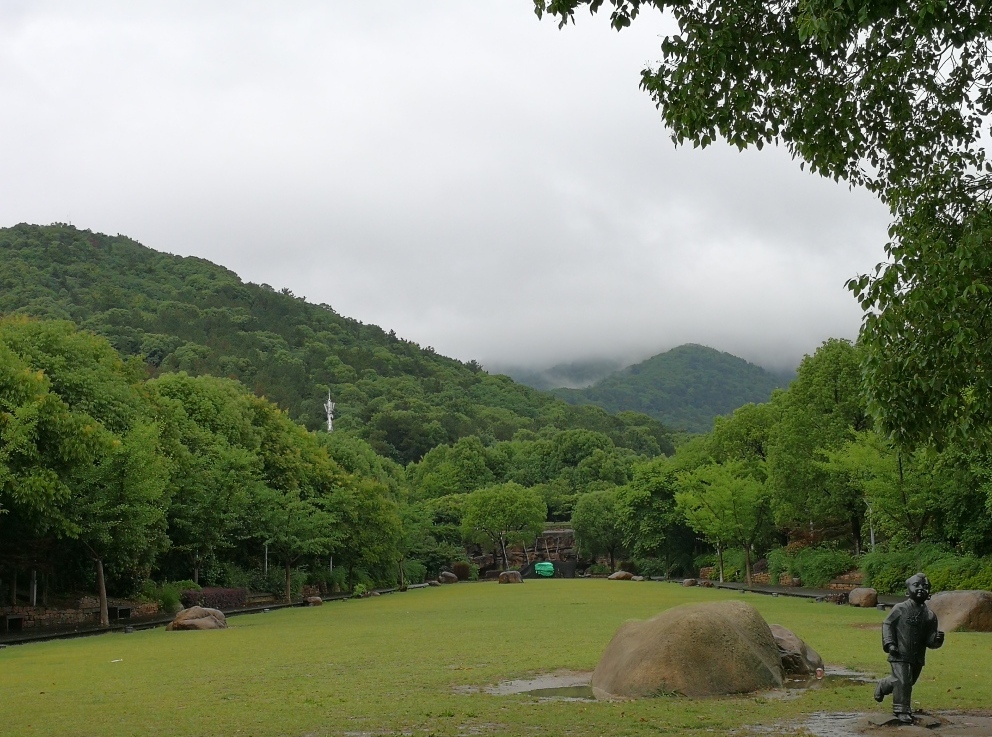 Hello World! School is OVER!!!! Even better, I passed my finals with flying colors! My plan was just to lay low for the first week to unwind after finals. My mom had a far better idea. On the 10th, we joined up with two other families and popped over to nearby WuXi to help clean up some trails. While this seems a bit random, it’s actually a test run for a project we’re trying to get started called Beautiful Mountains and Rivers.

WuXi is a historical city in Jiangsu province about a 2 hour drive from Shanghai. At the city’s center is a lake bordered by some low mountains covered in scenic forests. From a hiking perspective, the “mountains” are only 400m, but what they lack in difficulty they make up in scenery More importantly, we went to WuXi because two of my mom’s former high school classmates are prominent members of an organization, started some local entrepreneurs, called 丹顶鹤 that’s been helping to keep the mountains clean every weekend for the last 4 and a half years.

丹顶鹤, not only helps pick up trash, but also does advocacy to promote environmentalism, physical well- being and happiness. (This included shouting out the slogan on the middle of the mountain)

It was an absolute blast. The weather was absolutely perfect, and since it rained the day before, it wasn’t even that hot. The lack of tourists also meant a relative lack of trash, but there was still plenty to do: 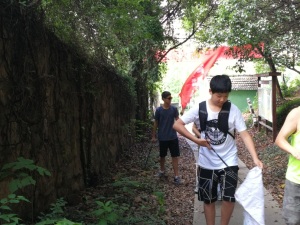 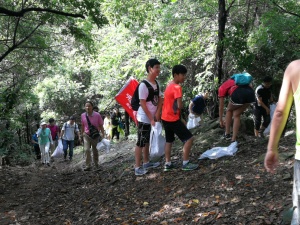 After a few hours, everyone was pretty pooped, so group leader led us up to a little tea place at the top of the mountain. 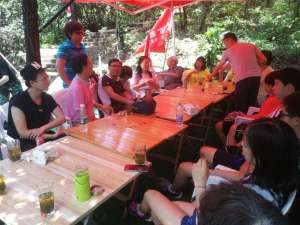 There, the whole group sat around and had a philosophical debate about the differences between education in China and the US. The takeaway: America needs more basics; China needs to CHILL OUT and let children do what they enjoy.

Time flew by. Unfortunately, we had to leave or face late checkout costs and impending traffic on the way back. The first problem was avoided by getting down the mountain and checking out without showering 😦 As for the second problem, we ignored it and shopped around old town  instead- screw traffic! 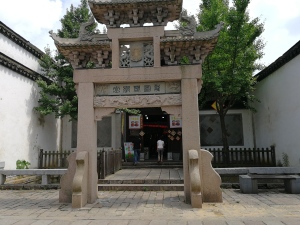 After a great lunch and a box of wax berries (Highly recommended), we headed back. What a great trip!