Hi!!! Christmas is officially passed and I hope everyone celebrated with food, family and a cup (or two) of good cheer. This year, instead of our usual tradition of travel or restaurant visit, my parents decided to have a cozy little get together with my aunt’s family and grandpa to exchange presents and share a nice meal.

Celebrations may have ended, but I’m still on break…..so, time to explore! Yesterday, my mom and I took a little excursion  to visit literally the world’s biggest Starbucks

The Starbucks Reserve Roastery is 2700 square meter (30,000square foot) Starbucks dreamland located on West Nanjing road. Since it opened in early December, Its become quite a tourist attraction. The line seemed a bit intimidating and I was about to give up. Luckily, my mom convinced me otherwise. As it turned out, we ended up waiting for less than 20 minutes.

On the outside, it looks like a normal, albeit massive, Starbucks. The inside is a different story.

As the name suggests, the Reserve Roastery is a functioning coffee roastery. I’d seen small roasters in Yunan, but comparing those to this one would be like comparing a Hot Wheels model to a monster truck. This roaster is 2 stories with tubes that spider across the entire complex. 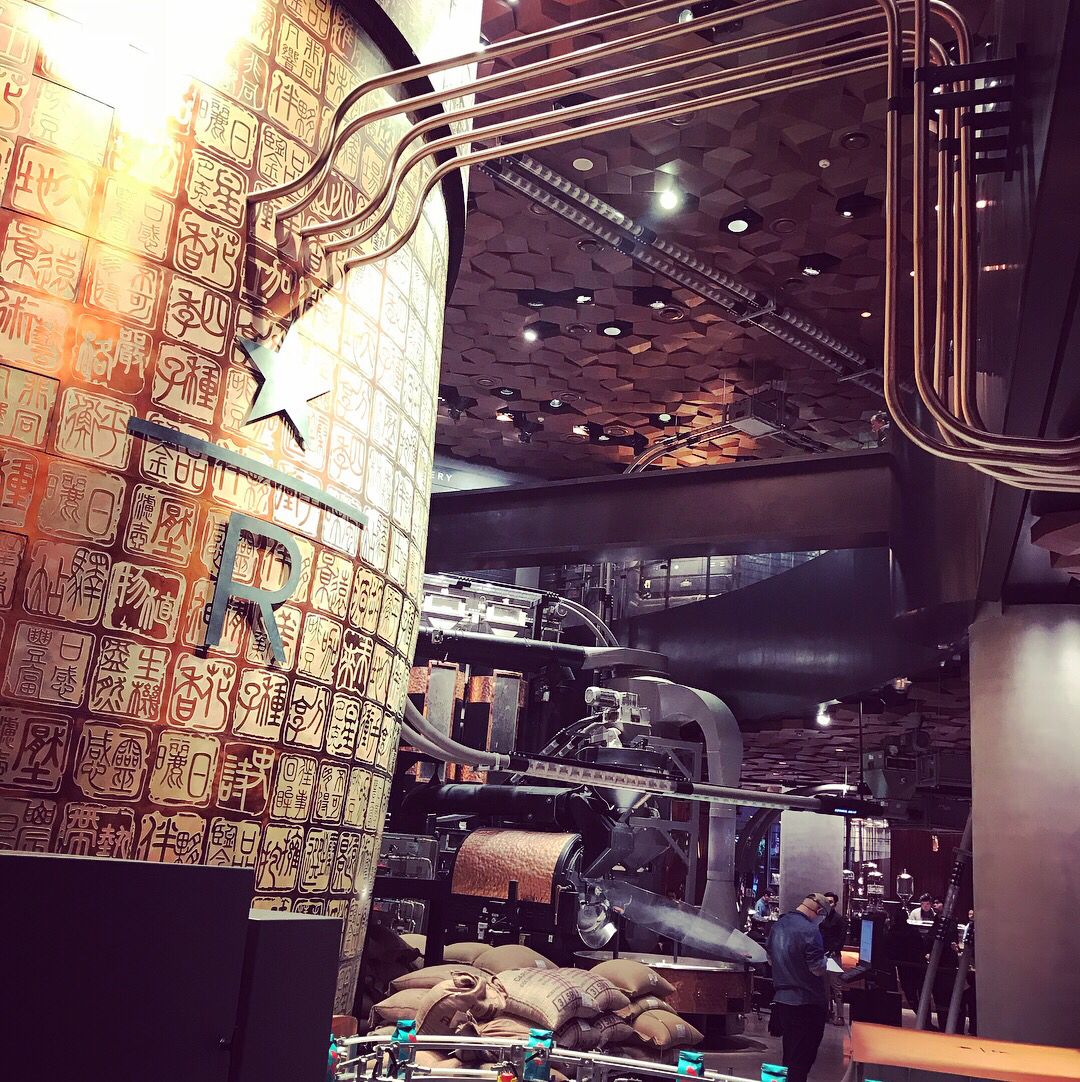 While we were gawking at the behemoth, one of the employees came around and showed us the roasting process

Of course, it wouldn’t be Starbucks without coffee and “a few” pastries

Unfortunately, it was already 3 so caffeine was off the table. That’s where the second floor came in: Tea!

Sure, there was the usual Teavana displays and flavored roobios, but then there’s this:

Not beer-> Nitro tea. Apparently, even plain black tea can be creamy with a bit of science.

It was getting a bit late, so after finishing off my tea, we decided to go……after spending another solid half hour picking up a few souvenirs

Overall, I had an AMAZING time. It’s definitely the coolest Starbucks ever.  Honestly, the only downside was that it was pretty loud and crowded, but we went on a Friday afternoon. I highly recommend checking it out, if only as a tourist attraction.

One thought on “The World’s Biggest Starbucks!”