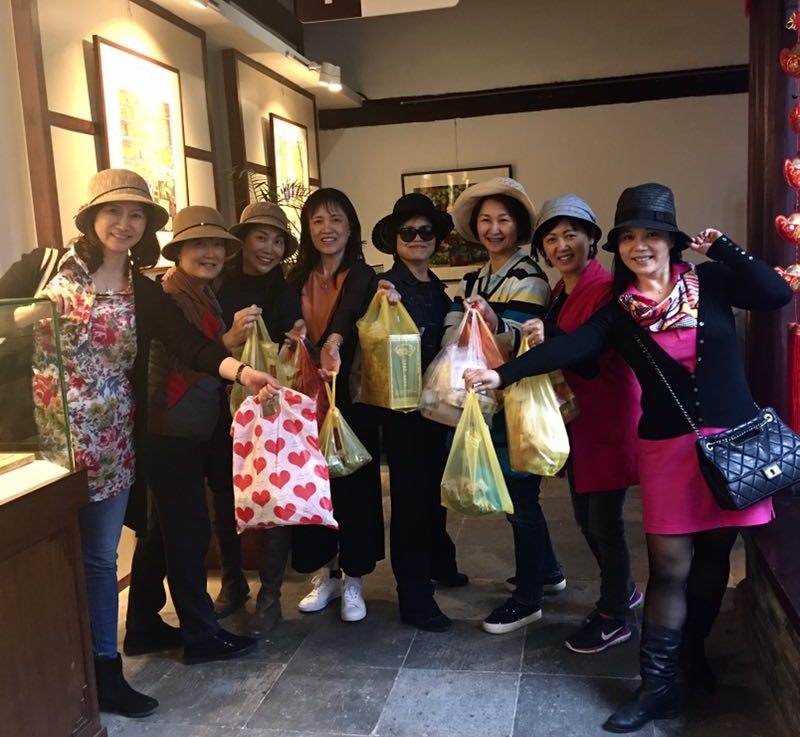 Hi!!! It’s officially spring now!!!! In China, there is a tradition of going on 春游, or spring vacation when the weather gets nice and flowers bloom. Sunday was bright, sunny and free so we decided to go on a 春游.

We were going to take a quick train to SuZhou, but earlier that week, my mom and a couple of her friends went to JiaXing. 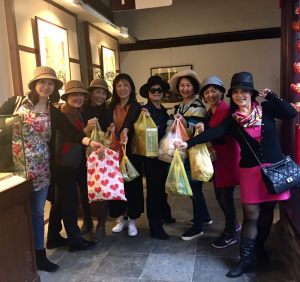 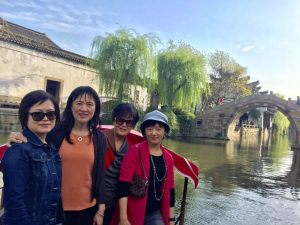 They were WeChatting for days about the beauty and the delicious food. Plus, she came home with some VERY DELICIOUS pumpkin steam buns, salted vegetable stuffed glutinous rice dumplings and 粽子stick rice packets. So, I couldn’t have been more excited when my mom offered to take me there instead.

JiaXing is a fairly small town about 1.5 hrs outside of Shanghai. It’s a pretty big deal in China because it is where Mao and his comrades established the communist party after being chased out of Shanghai by the Nationalists

I love history, but I didn’t come to JiaXing for educational purposes. JiaXing is also, if not more, famous for it’s South Lake and old town. As one poet put it, JiaXing has “one lake, two rivers and three streets” (it sounds a lot nicer in Chinese). Both were BEAUTIFUL 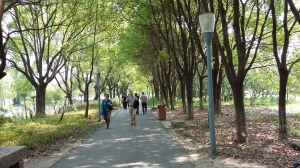 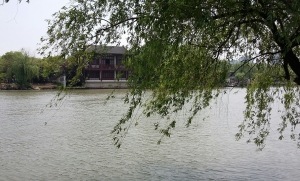 We took a very scenic walk around the lake. 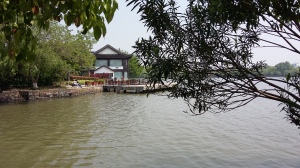 That was all we needed to stoke our appetites before hitting old town (well, one of the 3 famed streets). We meandered among old cobblestone alleyways and “old wood” buildings repurposed as modern pubs. 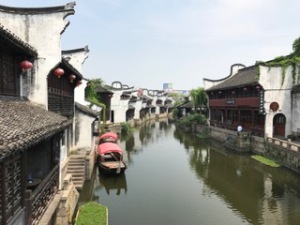 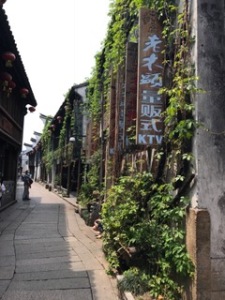 They were beautiful, but by that time, we were all pretty hungry. After a few pictures, we beelined for the food. Boy did we find some!

Right as we turned the corner, we ran into this: 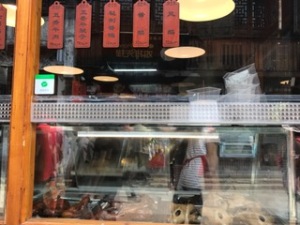 Old shop marinades are no joke. These recipes are often family treasures. We were not disappointed. We got some offal, tofu and chicken feet; honestly, those were some of the most delicious things I’ve ever put into my mouth. They were perfectly rich, flavorful and tender. I was very tempted to get the pork knuckle, but that thing had to be at least 2 lbs. I couldn’t afford squandering my stomach space

Side note: When making Chinese style marinades, preserve and reuse old liquid. The used liquid absorbs a lot of flavour, collagen or fat from the previous use, making the next one much tastier

Carbs are usually my last priority when it comes to sampling, but I LOVE glutinous rice dumplings. My mom brought some back last time and they were AMAZING! Luckily for us, the dumpling place was right next to the marinade shop. 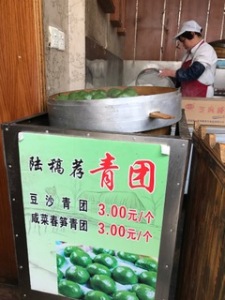 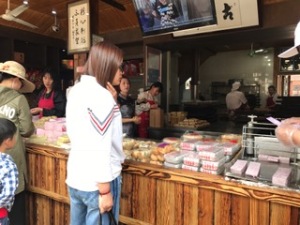 The shop offered a fairly wide selection of glutinous rice delicacies from flower “cake” to rice balls filled with meat. They even had maltose candy- literally wheat that’s been pounded and heated until maltose is released and forms strings.

Again, I’m not a carb person. I headed straight for the rice dumplings. In April, there’s a special kind of glutinous rice dumpling called 青团. It’s basically a normal dumpling, but with a kind of leaf mixed in so it’s green.

I got a salted veggie and bamboo shoot one. AMAZING. They also have bean paste filled ones and pumpkin ones that are also filled with bean paste.

While marinades and glutinous rice dumplings are good, JiaXing is really famous for its sticky rice packets. They’re so important, that there’s actually a museum dedicated to them. 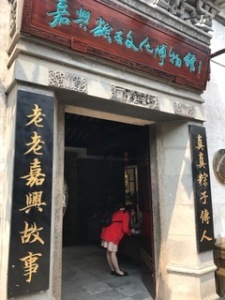 Sticky rice packets, which originated during the Spring and Autumn period (nearly 4,000 years ago), are traditionally eaten during Dragon Boat festival. They’re pretty much glutinous rice filled with meat, veggies or even bean paste and chesnuts, then wrapped in lotus or bamboo leaves. They usually look like this: 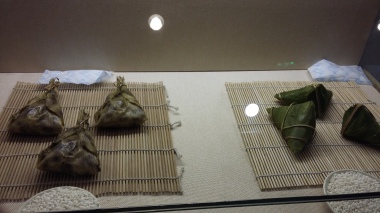 but I saw some pretty interesting regional variations 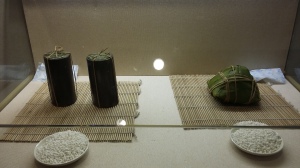 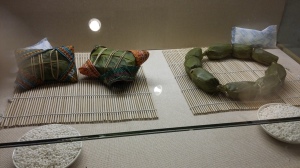 By the time we left the museum, it was about three, and we were very satisfied, but tired. Our one regret is that we only visited one old town street. I had a blast and will definitely be back for more of the delicious food and beautiful sights.