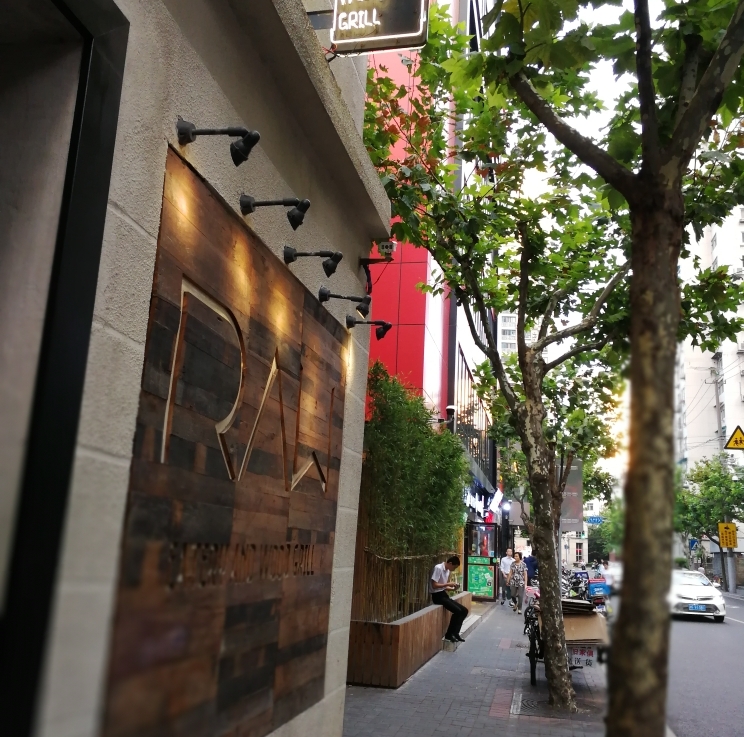 Hi! How’s your week been? If its been surprisingly chill, then we have something in common. Last week (I consider Sunday the 7th day of the week)  featured two tests, timed writings and a lab, so this week, we got a bit of a break. Well….. study break= little weekend homework= time to explore and eat!!!!!

Where to go? I was stuck too, until I flipped through a magazine and found a raving review on a restaurant called Raw eatery and Wood Grill. Raw food+ coal oven? Count me in! 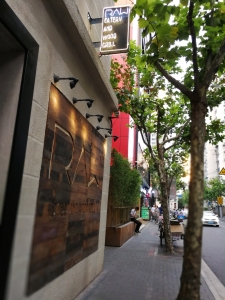 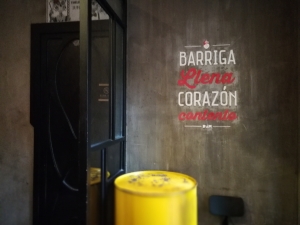 RAW is a small,chic, upscale bar-style “Spanish” (although far more south American) restaurant. As the name suggests, they’re proud of their raw dishes, which they believe “best preserves the natural beauty of the ingredients”. But, tartare and ceviche aren’t for everyone, so they included a “Wood Grill”- a super high powered Josper charcoal oven where they stick mostly steaks, but also everything from chicken to cauliflower into.

I admit, I was initially disappointed when I saw the small size of the menu

However, that disappointment vanished. Everything sounded so good! I wanted tartare, ceviche, steak, chicken….. but our stomachs and pocketbook has limits. Here’s what we ate:

Bread basket- Each table gets a complimentary bread basket and two flavored butters. For 28RMB, you get 3 more flavors. People online raved about the flavored butters, but since both my dad and I aren’t really bread and butter people, we stuck with the free stuff. The bread was beautifully grilled, but to be honest, nothing special

63 degree Egg- Sous Vide is all the rage now, and the 63 degree egg gets it perfect. The yolk was perfectly soft and the whites were pillowy, not raw. OF course a sous vide egg on its own is hardly a dish. The egg came on a bed of creamy mashed potatoes and AMAZINGLY fresh and juicy mushrooms.

Roasted Cauliflower- This dish is simple and self explanatory- cauliflower roasted in the Josper oven and finished with olive oil and truffle; however, it completely changed how I view cauliflower. The cook was perfect with a bit of char at the ends and had quite a strong truffle taste. I must say though, the seasoning could have been more even. Other than that, it was a perfect appetizer

Anchovy crusted Buratta- If you know me, you’ll know I’m a HUGE sucker for grilled/baked fish. Last night was no exception and I have NO regrets. The filet was 1) HUGE 2) fresh and 3) AMAZINGLY seasoned. The anchovy crust brought an unparalleled depth of flavor that penetrated the entire filet. The dish also came with charred fennel, beautiful baby carrots and roasted heirloom tomatoes. Honestly, the steak lovers have NO CLUE on what their missing out on.

Roasted Argentinean Chicken- Even though fish is my thing, I was really craving something charred and with crispy skin. Half a chicken stuck in a high powered oven should do the trick right? Well…. sort of. The skin was nice and charred but it was soaked in a slightly too salty, although very flavorful au jus like liquid. The chicken itself was incredibly juicy. Unfortunately, the flavoring and spices, for the most part, failed to penetrate into the meat, so it was quite bland. Honestly, even if you’re trying to save money, get a steak instead.

What I wish we tried: 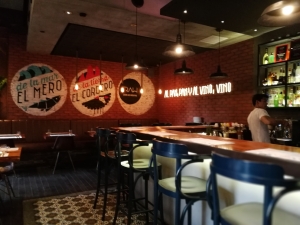 Both were good to say the least. We arrived quite early, so apart from a small group of 4 at the table in front of us, we were alone. Despite this, the place didn’t feel empty or depressed, like some sub-par restaurants do. I absolutely LOVED the simple, chic decor. The wait staff were very attentive and food arrived a lot faster than expected.

Overall, I highly recommend this restaurant, but to get the most out of dinner, bring some friends over to wine and dine!

That’s it for this week, See everyone soon!

One thought on “RAW eatery and Wood Grill”