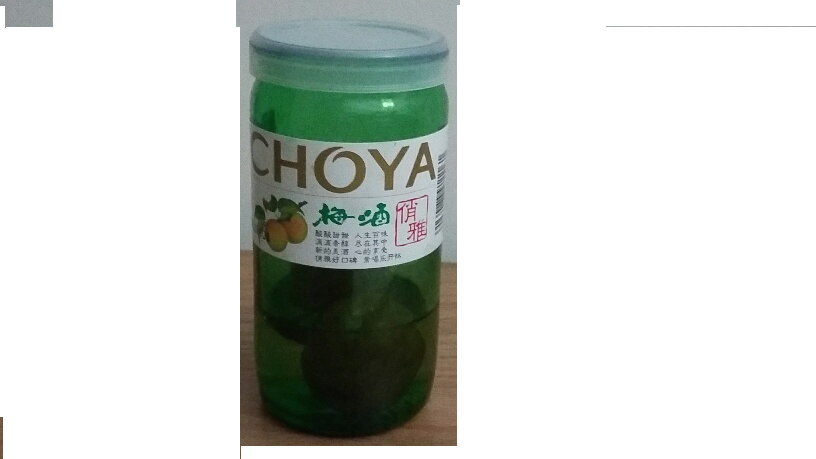 Yesterday, I was all excited at finally starting this blog and after watching a Cupcake Wars marathon on Friday night, just HAD to bake cupcakes. I didn’t want to make just any cupcake, I wanted to make something complicated, fancy and also original, like on the show. I researched fillings, frostings, found a parent recipe. My dad even bought plums and ume (Japanese plum) liquor, just perfect. So behold, Liquor infused plum cupcake with plum cupcake and plum buttercream.

How did it go? Not so well. The actual mixing process went very smoothly, I made my filling, with the help of my dad, who cut the plums. Then the cake, no problem there, and finally, as I was waiting for the filling to cool so I could bake the cupcakes, I made the frosting. (Sorry for the lack of pictures, I was in a rush and forgot to take them)

The filling finally cooled and I loaded up the cakes and that’s when the problems. As you can see, I overfilled them and they came out like this:

I made 5 but 2 of them overflowed and I decided it wasn’t worth taking a picture of them. I also made some plum buttercream to put on top. While it tasted great,there wasn’t enough and it ended up having some lumps in it. The lumps kept clogging the piping nozzle so the frosting wouldn’t pipe properly. Frustrated, I ended up just throwing it away. I might retry the frosting today and update this post if I feel like it.

As for taste, there were mixed opinions. My brother didn’t like it. He said there wasn’t enough filling and that the cake tasted like sweet, nutty bread, not plum. He also said it made his mouth dry, so it didn’t work with him. My dad, however, liked it.

Well, I’ll put the recipe below and please try it, see how you like it. If you don’t, please experiment, find a sweet spot and send me a copy. I’ll try it again and see how it goes. Happy Baking:)

Place plums, liquor and sugar in a small saucepan and cook on medium heat, stirring constantly. Once simmering, quickly stir in flour and let the mixture cook until boiling and thickened, be careful not to overcook. Remove from heat and pour into a bowl. Refrigerate until completely cooled

Preheat the oven to 375°F/190°C and prepare 6-7 cupcake liners. Sift together the flour, sugar, baking soda and baking powder in a large bowl. In a separate bowl mix together the oil, liquor and puree. Combine the wet ingredients with the dry ones and mix until smooth. Once the filling is completely cooled, quickly stir in the vinegar and begin pouring the batter into the liners. Place some of the filling into each cake. Press down a bit so the fruit gets into the batter. Bake for 20-25 min until done. Remove from oven and allow to cool completely

Whip the butter until creamy then add the sugar. When the butter and sugar are whipped, add the puree and mix until fully combined. Put frosting into a piping bag and pipe onto cooled cupcakes or spread it with a knife. Be creative!!!!!